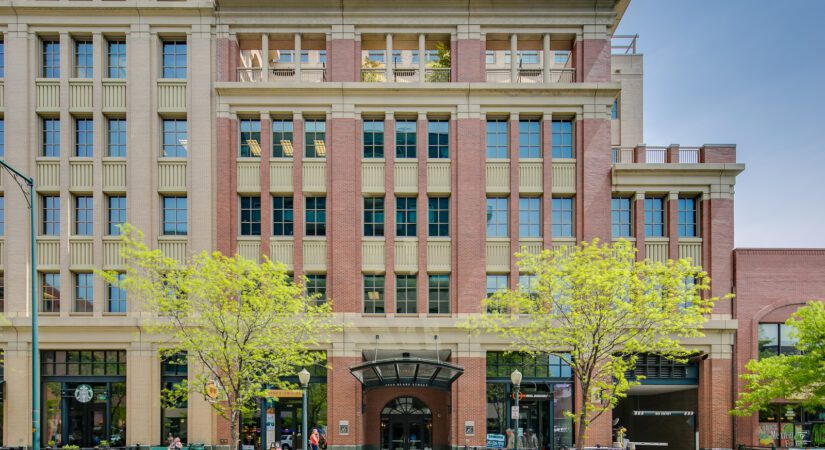 The Inter – Ocean Hotel graced the corner of 16th and Blake Streets for 100 years. Opening to the public on October 29, 1873, the hotel was the creation of Denver pioneer Barney Ford. Colorado’s most prominent black businessman. William N. Byers, editor of the “Rocky Mountain News” proclaimed it “the finest in the territory and the best appointed hotel west of Saint Louis.”

The hotel sat diagonally across Blake Street from the American House, another major Denver hotel built by John Wesley Smith in 1868. Smith eventually purchase the Inter – Ocean in 1876. After the more opulent Windsor Hotel opened at 13th and Larimer in 1879, both the American House and the Inter – Ocean lost some stature, but joined the ranks of over 50 independently owned hotels that would eventually serve downtown Denver over the next century. The Inter – Ocean never enjoyed any prominence among these hotels and failed to prosper as a top tier accommodation but is nevertheless remembered as one of Denver’s best examples of Second Empire style architecture. It’s mansard roof and beautiful furnishings and decoration made it a sight to behold as it rose upon the prairie in a city that was barely 15-years old.

The Inter – Ocean managed to hold on until 1973, until it became a parking lot, on which 16 Market Square was constructed in 2001.