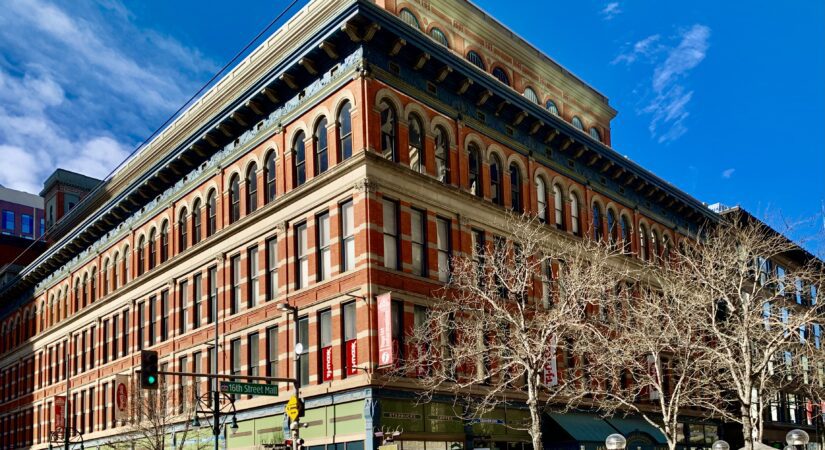 Constructed in 1889 and expanded in 1924, the Denver Dry Goods Building at the corner of 16th Street and California Street was the largest department store west of Chicago for much of the 20th Century. The building was designed by well-known architect Frank Edbrooke and was home to one of Denver’s premier retail stores for more than half a century and employed more than 1,200 workers in its prime.

The Denver Urban Renewal Authority (DURA) partnered with the Affordable Housing Development Corporation in the redevelopment of the building starting in 1992 and saved the historic 19th Century building from demolition. The building was redeveloped into mixed use space and the new design maximized conservation with energy-efficient windows and a central steam system. The project included affordable and market rate housing, office space, and retail shops which brought national retailers back to downtown for the first time in a decade. The project won the 1994 Urban Economic Development Public/Private Partnership Award and the 1995 National Preservation Award from the National Trust for Historic Preservation.